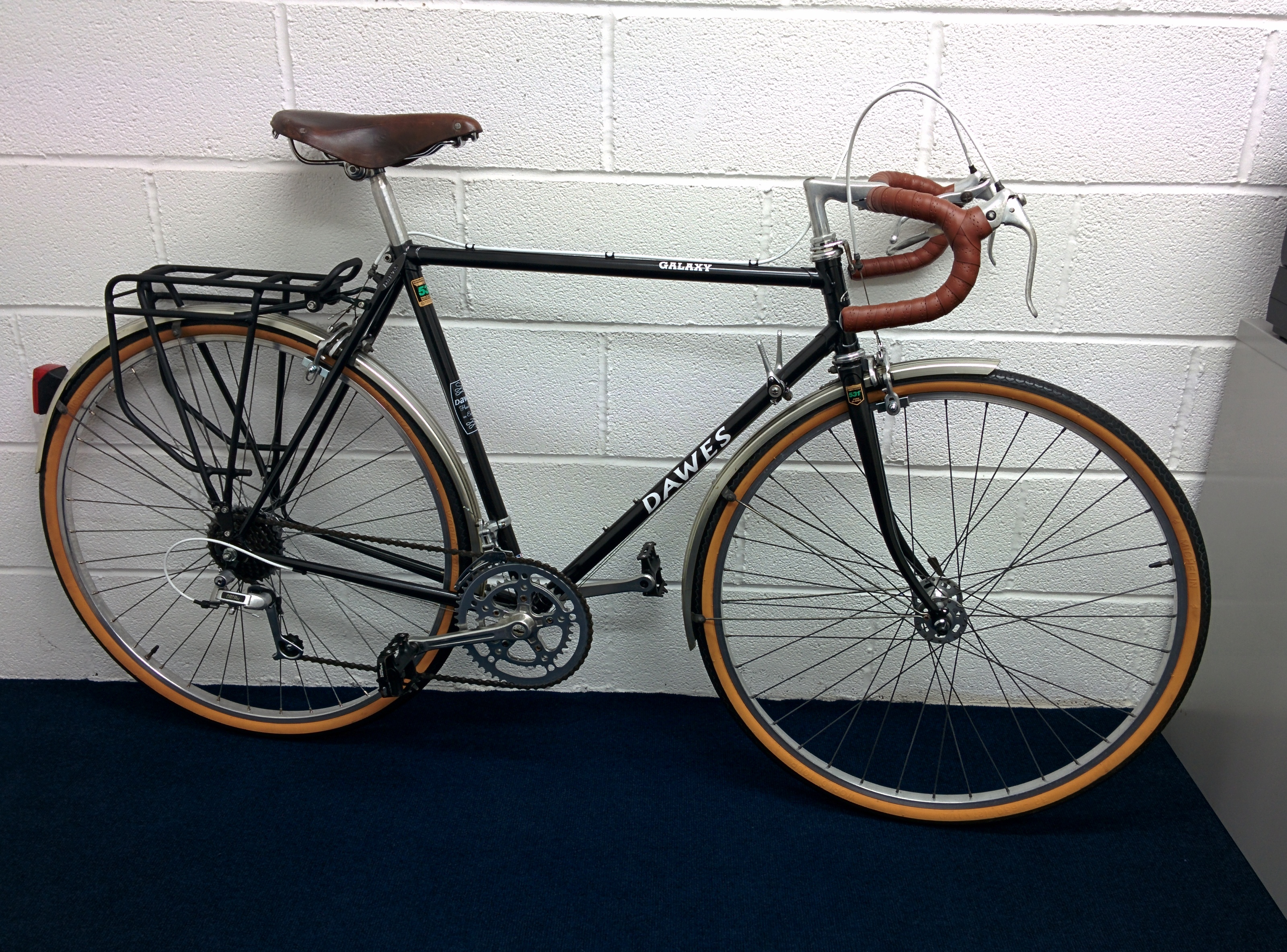 “I Googled vintage Dawes galaxy and found this wonderful cycle  Beautifully restored by Ross at Taylored cycles. The cycle is now in France with me were I live in Finistere. It rides beautifully and inspires me to explore more of the locality.” Jeremy

At the end of last year we bought an old Dawes Galaxy from eBay for a relative. Mostly we went for this particular one because of the beautiful old Brooks saddle. The relative in question having actually seen the bike decided that he needed something a lot more upright. Rather than put it straight back […]