Lucky nobody was in the room at the time

Whilst carbon fibre is very strong and a fantastic material for making bikes with, it is also fragile and is easily damaged in a crash, or when an inch of stone and plasterwork falls on it. That a cracked or dented carbon frame is a write off, however, is a common misconception. Carbon fibre can be repaired both reasonably cheaply, and in many cases as easily steel.
http://www.cyclingweekly.co.uk/news/product-news/can-you-trust-repaired-carbon-bike-frames-175025

Doing some digging online returned a dozen or so companies across the country who are able to repair a frame damaged like this one, with prices ranging from around £150-£200 for a non-cosmetic repair; essentially a plain carbon patch – suitable if your bike is already plain weave, or if the damage is in an inconspicuous area. To restore the paint to its original look is around an additional £150, depending on the company.

Having looked at photos of the work to compare each company’s offering, I settled on Target Composites, based in Cheshire. Their repairs appeared some of the best on offer, and the paintwork seems completely indistinguishable from the original. On top of this, they are noticeably better value than many of the other companies I looked at.

Speaking to Phil at Target to discuss the work, we decided to lose the complex graphic on the top tube, as well as the large FP2 lettering on the sides. He could have restored these if we wanted, but it would have been a bit more fiddly, so wasn’t worth the extra expense. The white chevron on the top tube would be retained, and the black fade from the headtube extended to mask the smaller carbon weave used in the repair. If the bike had a more simple paint job, it could be restored to 100% match the original at no extra cost.

The total cost for the repair and paint restoration came to just £240, and Phil even kindly offered to give a trade discount due to my working in the bike industry, nice one! 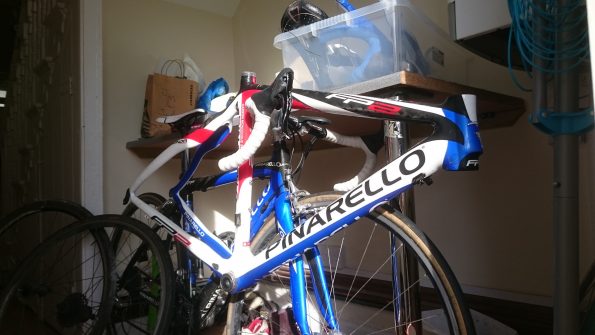 Frame stripped down and ready to go

Target’s standard turnaround time on repairs is 2-3 weeks. However, due to our excellent sob story, Jordan not having a second bike (yet), and the fact she has a ride planned within the usual repair timescale, Phil managed to get the frame repaired, painted, and returned in just over a week. 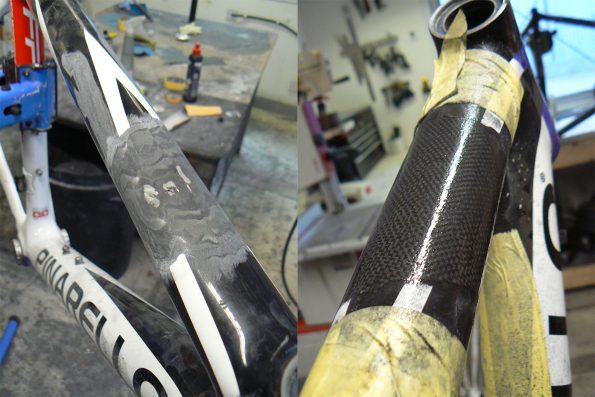 He also noticed that after having painted the frame, the top section inside the chevron looked a little plain, so added the P logo back to the bike to break things up a little. He also lacquered over a small bit of cosmetic damage on the chainstay from a few dropped chains over the years.

Overall, I can’t recommend the service enough. All the communication was quick and easy, the prices are good and the bike looks better than new! (the wheels could do with a clean though…) 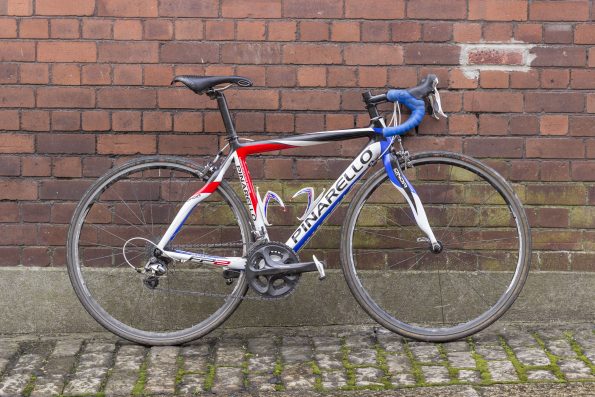 Here are some more examples of some of Target’s recent repairs. I’m really quite astounded at how badly damaged a frame they are able to bring back from the brink.